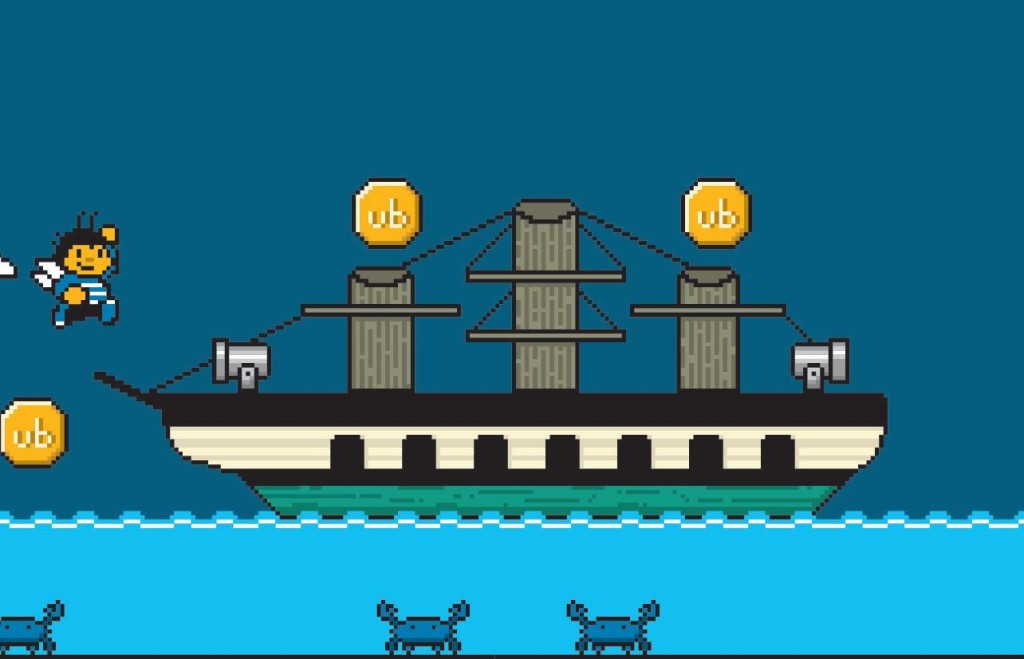 This was just one of the themes explored at the nation’s largest free arts festival, Artscape, which just came to another successful close in Baltimore, Maryland. Featuring more than 150 fine artists, fashion designers, crafts people and visual art exhibits—all viewed by 400,000 attendees over three days—the festival celebrated and promoted artistic innovation while inspiring a community of talented individuals.

As a sponsor of Artscape, the University of Baltimore again contributed to the festival by hosting Gamescape, a student-focused exhibition showcasing retro arcade and cutting-edge indie games created by local game developers and designers. With a building full of video games dating from 1970 to 2015, Gamescape presented a tactile history of gaming, showing a progression that is as much artistic as it is technological.

Working with local integrated marketing firm idfive, UB created a retro, pixel-based theme for the event that was reminiscent of the 8-bit graphics of the early video game era—otherwise known as pixel art. Decorating the area just outside of the gaming space were props, signs, and a 90-foot illustration of the Baltimore landscape—all in pixel form. 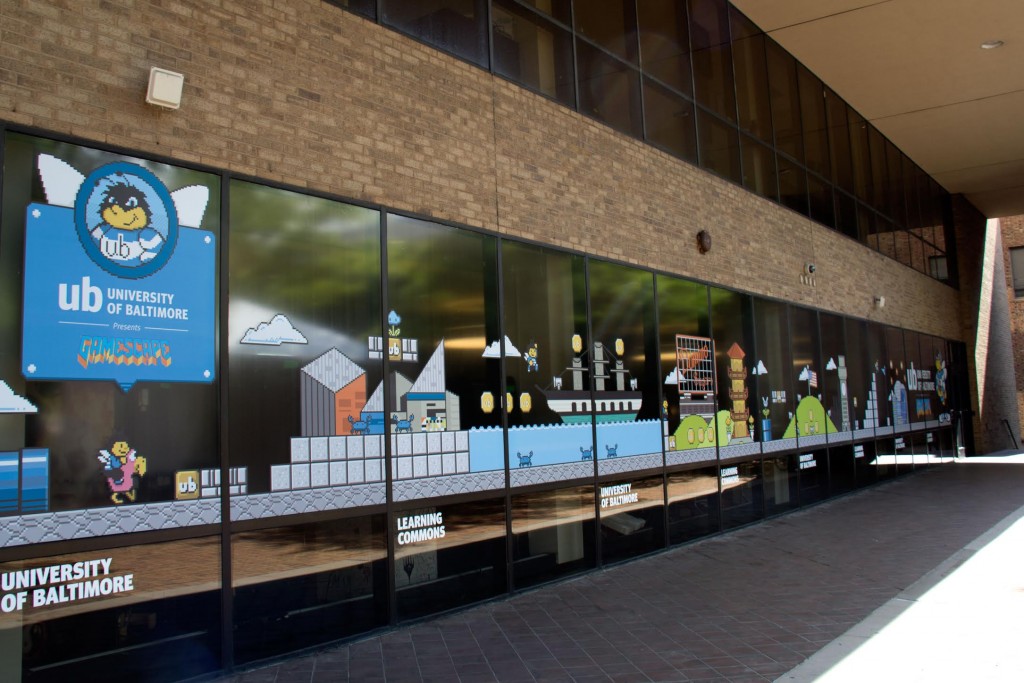 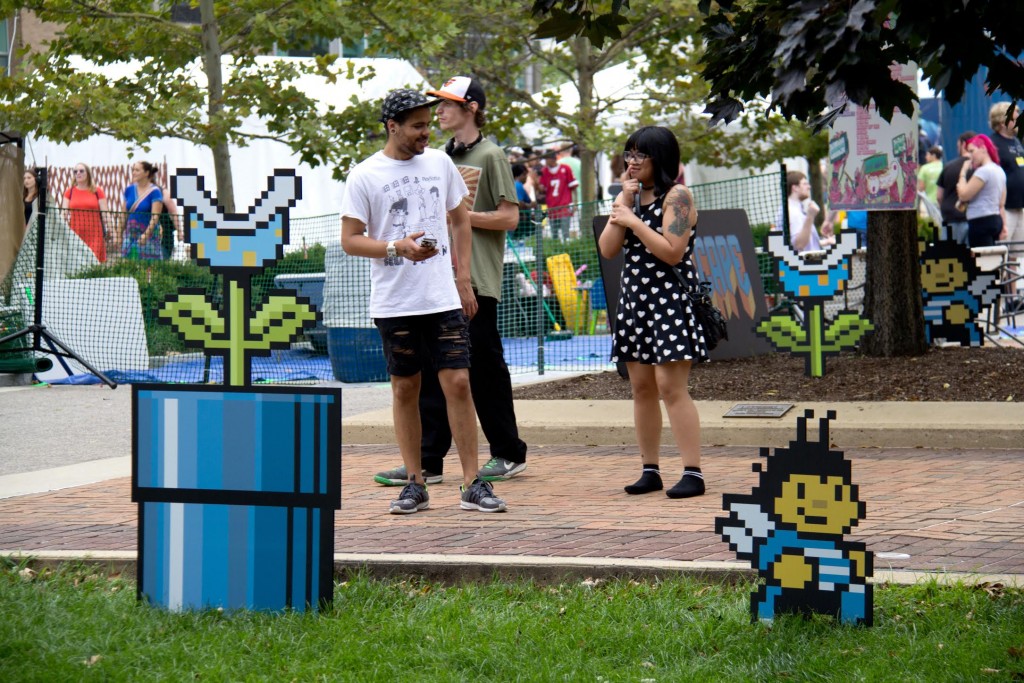 Pixel art is all about using simple colors and squares to imply form. It forces the artist to be intentional about the placement of each square because there are only so many blocks in the grid. 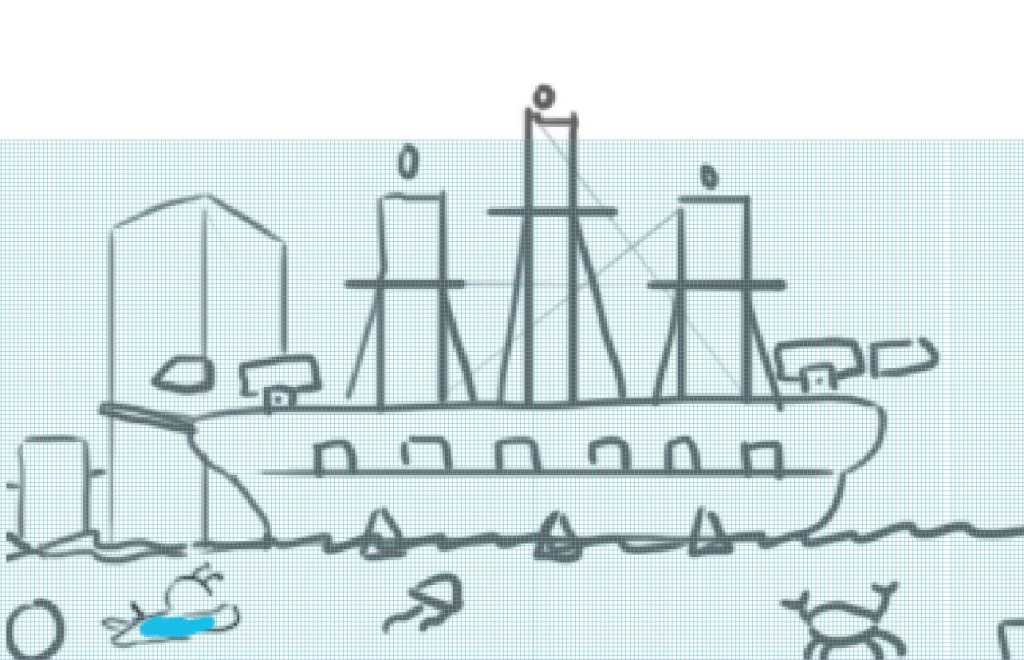 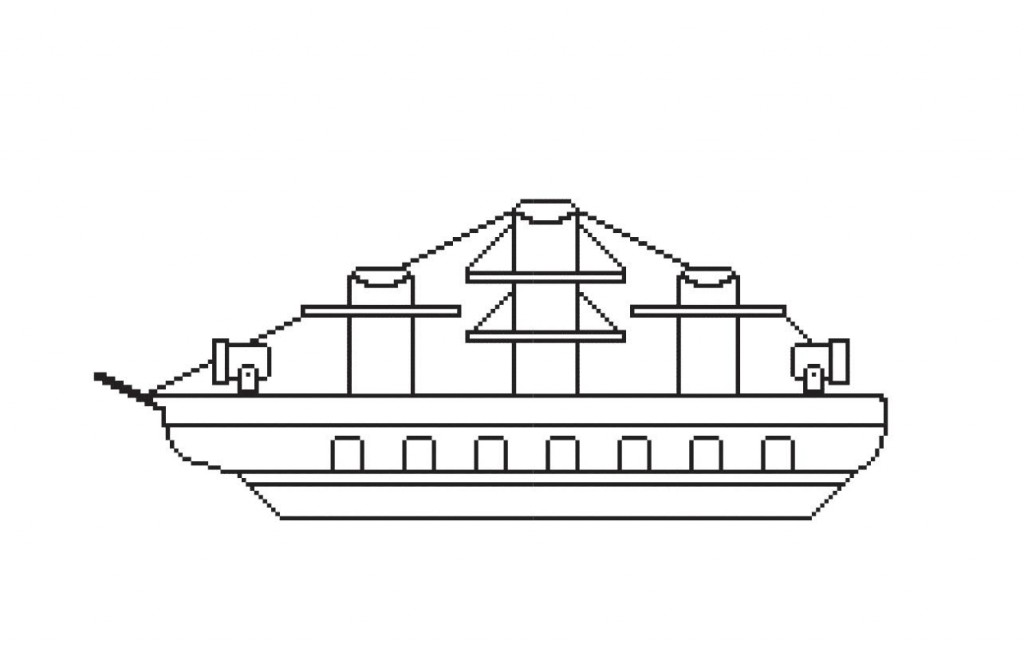 It is the combination of all of these tiny elements that made the robust landscape of the side-scroller. Any single element is actually blocky and crude when you look at it closely, but from a distance it tricks the eye into making sense out of all those little squares. 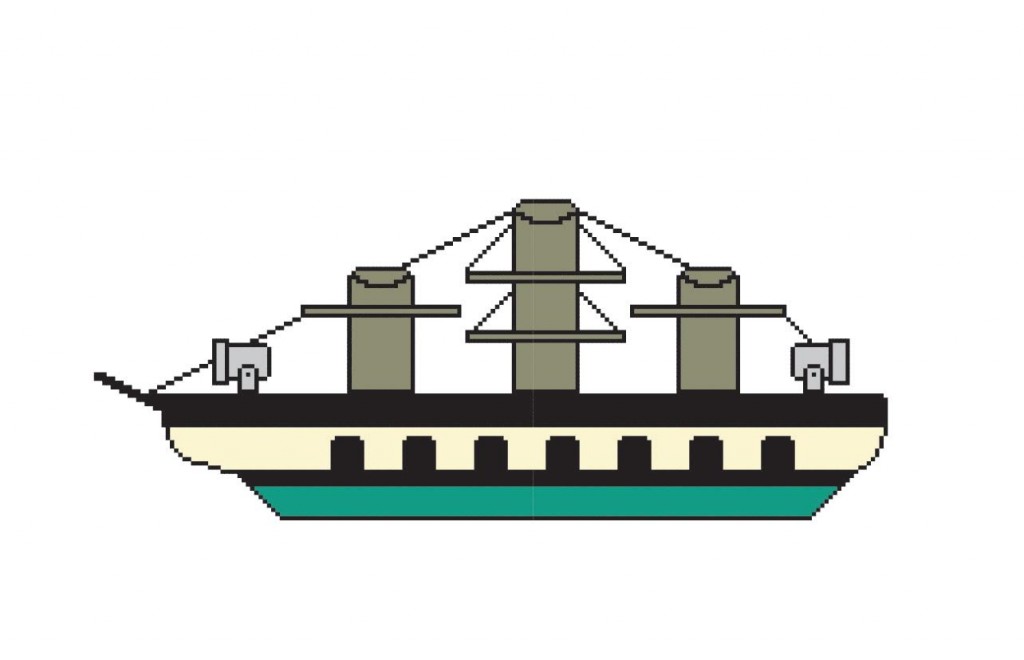 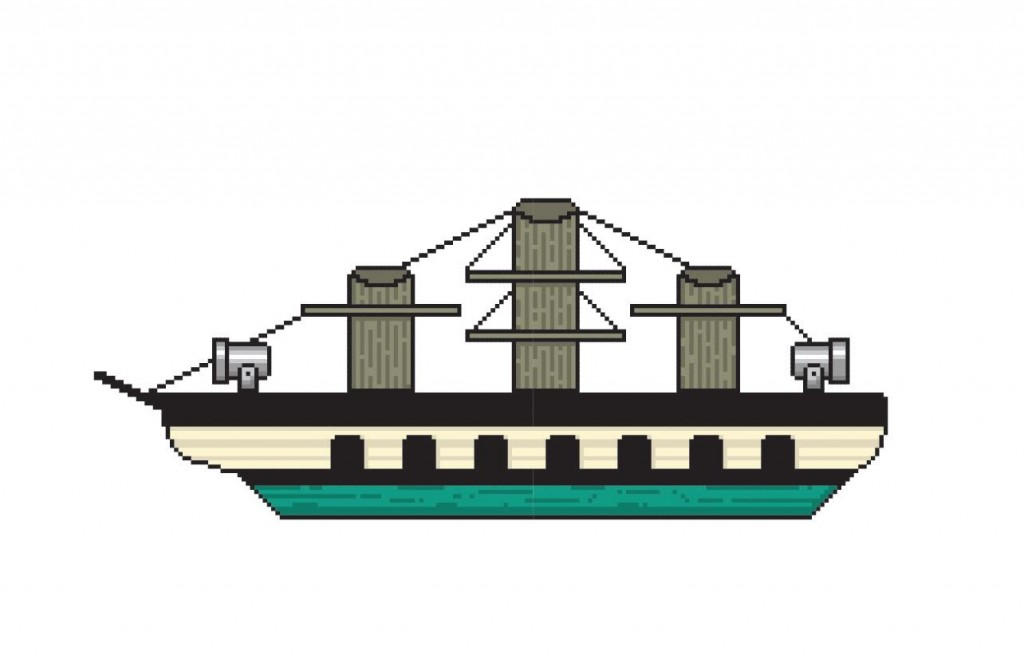 Using the Rectangular Grid Tool we created a pixel-like grid and filled in color with the Live Paint Bucket, effectively creating the pixel-art look without the pixels.

While pixel art may feel like a simple, nostalgic concept focused around seemingly cartoonishly vintage technology, the past few years have proven that it is very much a modern art form stemming from many popular contemporary products. The game Fez, developed in 2012, is an extremely popular voxel-based (pixel integrated in 3D) video game that received a 9 out of 10 from the top game rating community Steam. Around that same time, the video game Minecraft was also developed, and has since made its way onto the smart phones and tablets of more than 20 million players. Despite its outdated look, the game is a massive hit among 5-13 year- olds, who seem to enjoy the cartoonish aesthetic.

Popular pixel artist Tim Wesoly noted that the aesthetic style has much to do with the timeless appeal of pixilated objects, saying in a Mashable article that “pixel art has that really friendly charm. It’s hard to make it look brutal or disturbing.”

Though looking into the art form more intensely, you can see its appeal goes beyond the visual. As one of the first graphic forms to be truly digital, it lends itself perfectly to web culture, being inherently shareable and format-friendly.  Creative minds on the Internet have embraced pixel art as a cultural toy. As these communities dive deep into pop culture postmodernism with ever-morphing memes, repurposed gifs, and interviews turned auto-tune YouTube hits, they also have been naturally attracted to pixel art as a means of tying art, technology, pop culture and nostalgia together.

This was the all-inclusive angle UB and idfive wanted to explore at Gamescape. “It wasn’t just about finding an idea that had something to do with gaming,” said Gigi Boam, executive director of the Office of University Relations at the University of Baltimore. “Pixel-art is a reference that both our students and alumni, and the arts and technology communities attending Artscape, could resonate with. It was all about bringing these audiences together.”

Looking at pixel art, we can see that it’s not always the latest technology and a focus on realism that inspires good creative work. Sometimes it’s just about offering a new perspective.