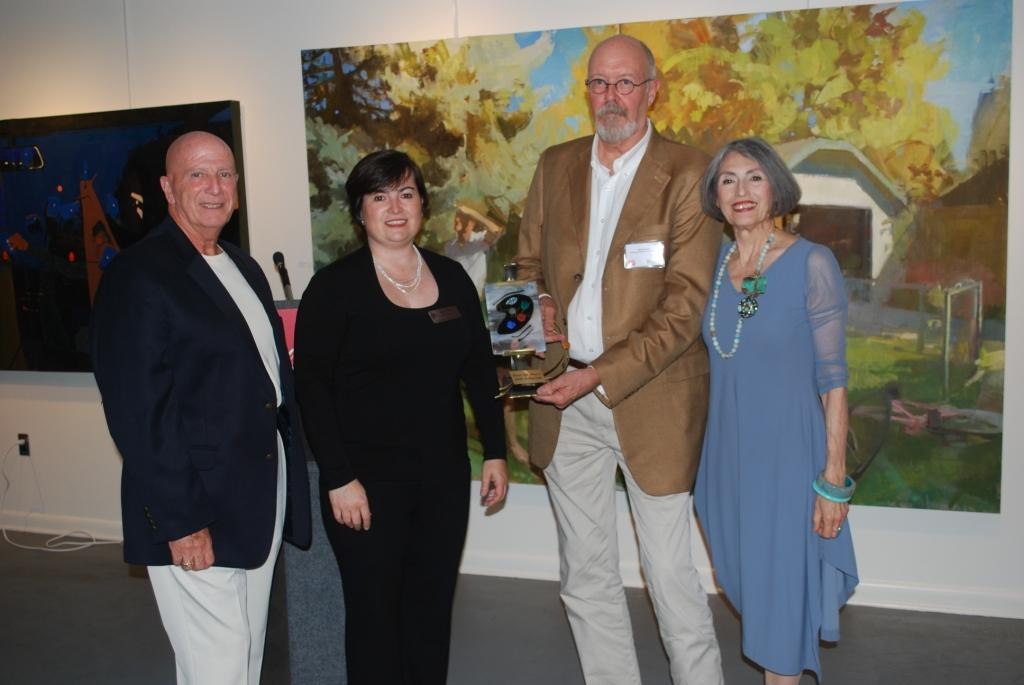 The Bethesda Arts & Entertainment District is currently accepting applications for the twelfth annual Bethesda Painting Awards, a juried competition honoring four selected painters with $14,000 in prize monies. Deadline for slide submission is Friday, February 19, 2016. Up to eight finalists will be invited to display their work in June 2015 at a Gallery B in downtown Bethesda.

The competition will be juried by Dorothy Moss, Associate Curator of painting and sculpture at the National Portrait Gallery and director of the triennial Outwin Boochever Portrait Competition;

Dr. David Park Curry, Senior Curator of Decorative Arts, American Painting & Sculpture at the Baltimore Museum of Art and Megan Marlatt, Professor of Art and at University of Virginia.

Artists must be 18 years of age or older and residents of Maryland, Virginia or Washington, D.C. All original 2-D painting including oil, acrylic, watercolor, gouache, encaustic and mixed media will be accepted. The maximum dimension should not exceed 60 inches in width or 84 inches in height. No reproductions. Artwork must have been completed within the last two years and must be available for the duration of the exhibition.

Each artist must submit five images, application and a non-refundable entry fee of $25.

The Bethesda Painting Awards was established by local business owner Carol Trawick in 2005. Ms. Trawick has served as a community activist for more than 25 years in downtown Bethesda. She is the former Chair of the Bethesda Arts & Entertainment District, Past Chair of the Bethesda Urban Partnership, Inc. and founder of The Trawick Prize: Bethesda Contemporary Art Awards. Ms. Trawick is the owner of an information technology company in Bethesda, Trawick & Associates.

The eleventh annual Bethesda Painting Awards was held in June 2016. Bill Schmidt of Baltimore, MD was awarded “Best in Show” with $10,000; Thomas Dahlberg of Baltimore, MD was named second place and was given $2,000 and Cavan Fleming of Blacksburg, VA was awarded third place and received $1,000.
From award-winning theatre to independent films, downtown Bethesda’s Arts & Entertainment District is filled with inspiring artists and art venues. The Bethesda Arts & Entertainment District is managed by the Bethesda Urban Partnership, Inc., and is the producer of The Trawick Prize: Bethesda Contemporary Art Awards, Bethesda Painting Awards, Bethesda Fine Arts Festival, Bernard/Ebb Songwriting Awards, Gallery B, Studio B, Bethesda Art Walk, Dance Bethesda and Play In A Day.