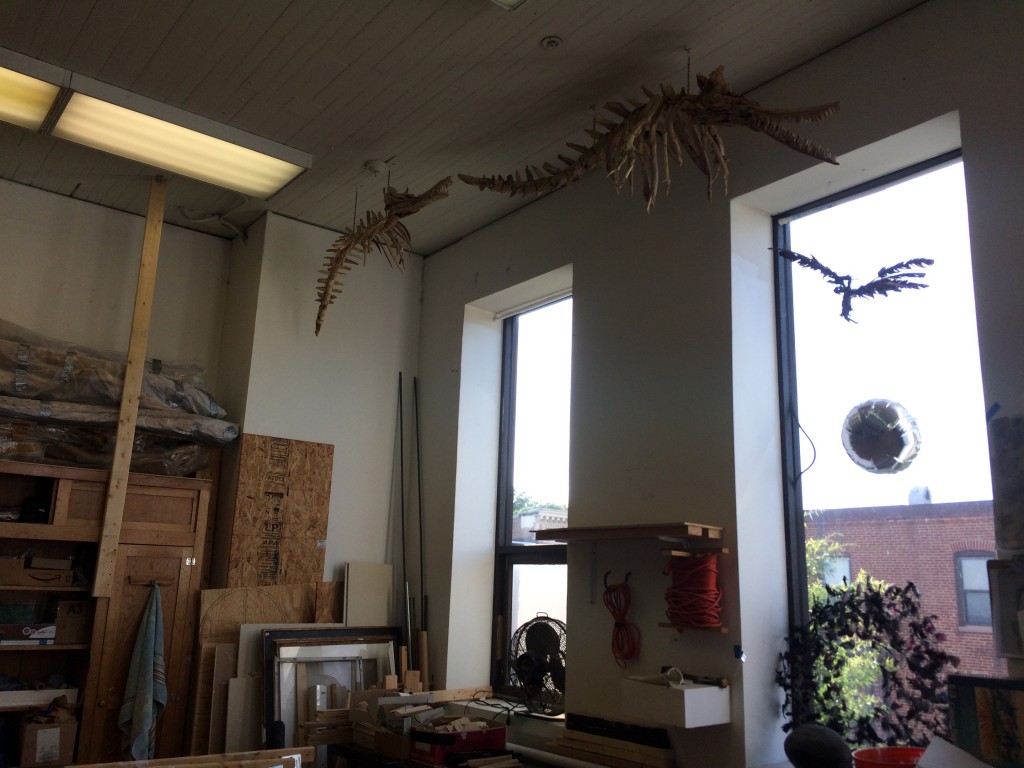 This past Friday, June 19th, I was lucky enough to visit Jonathan Latiano’s studio and interview him briefly about himself and his current projects. His work space is located in School 33 Art Center, just upstairs from one of School 33’s current exhibitions that Jonathan is participating in, the Studio Artist Biennial. Jonathan was very generous with his time and we discussed a multitude of topics surrounding his interests, the themes in his work, and his ongoing projects. Click through to see photos of Jonathan’s studio and read about our conversation.

If you are at all familiar with Jonathan Latiano’s body of work, you can recognize his aesthetic from a mile away. His works are based on his interests in biology, astronomy, physics, geology, and how human beings interact with the physical world. His work has a not-so-subtle environmentalist underdone and creates a sense of urgency in the viewer to address the state of our planet and our existence. His work often combines a variety of materials, with light playing a crucial role both in meaning and in the beauty of his work. 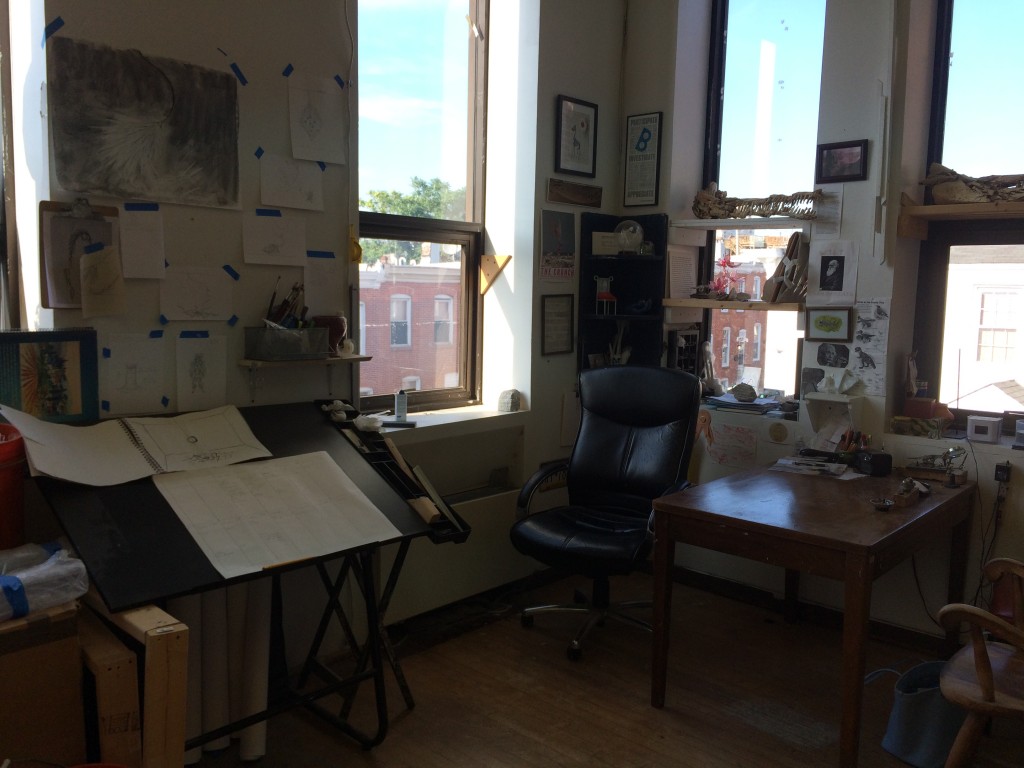 Jonathan’s work fits mainly within the category of sculpture. However, his work is different from what you might imagine when you think about “sculpture”, such as classical Greek figures, placed on pedestals for view. Jonathan’s work really addresses the definition of sculpture. His works are typically large in scale and enter into the viewer’s space, blurring the division between artwork and audience. He doesn’t just create stand-alone pieces that can go anywhere – he creates environments. When you experience one of Jonathan’s sculptures in person, you realize that you are part of the work.

We talked about site-specificity and what that really means – he told me that he has only made one sculpture that he believes is 100% site specific: an installation to culminate his graduate studies, which was hyper-specific to that school environment, and was physically one with the building in which it was installed. When that building was gutted for renovation, his piece was destroyed – and that destruction only added to the meaning of his piece. That’s what site-specificity really is – and that’s why he also likes to use the term “site-responsive” in reference to his own work. 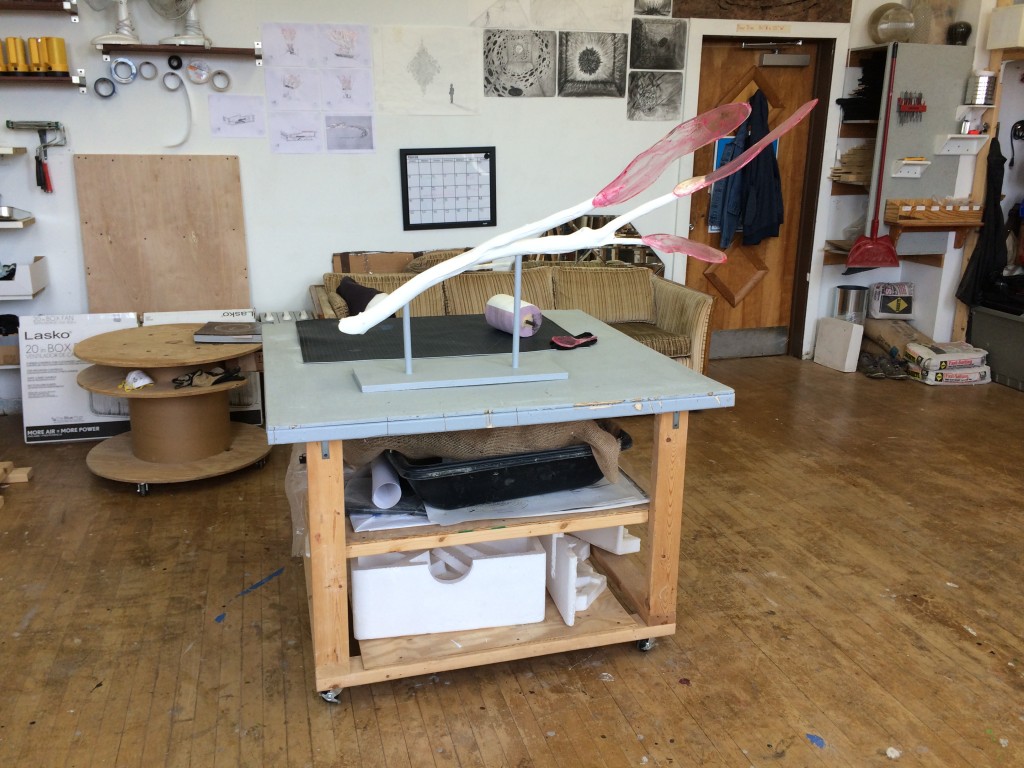 The idea of his work being “site-responsive” ties in heavily with an ongoing project of his, a public art commission for the soon-to-be Cherry Hill Recreation Center in Baltimore, a 1%-For-Art project overseen by BOPA. This will be Jonathan’s first public art commission, which comes with a plethora of challenges, but in describing the project to me, it became clear that the real challenge is for the piece to be truly “site-responsive.” He is responsible for making a large-scale artwork that is not only beautiful and will last at least a hundred years, but that will represent the people of Cherry Hill, not only right now, but in decades to come. He has done extensive research about the feelings and needs of the people of Cherry Hill, including many interviews and community outreach. He is interested in the image of the Cherry Tree, because although Cherry Hill is named for its cherry trees, there is only one actual cherry tree left in the area. Although sad, that story gave him a jumping-off point for this project, which is about a long-overdue revitalization of the Cherry Hill area. 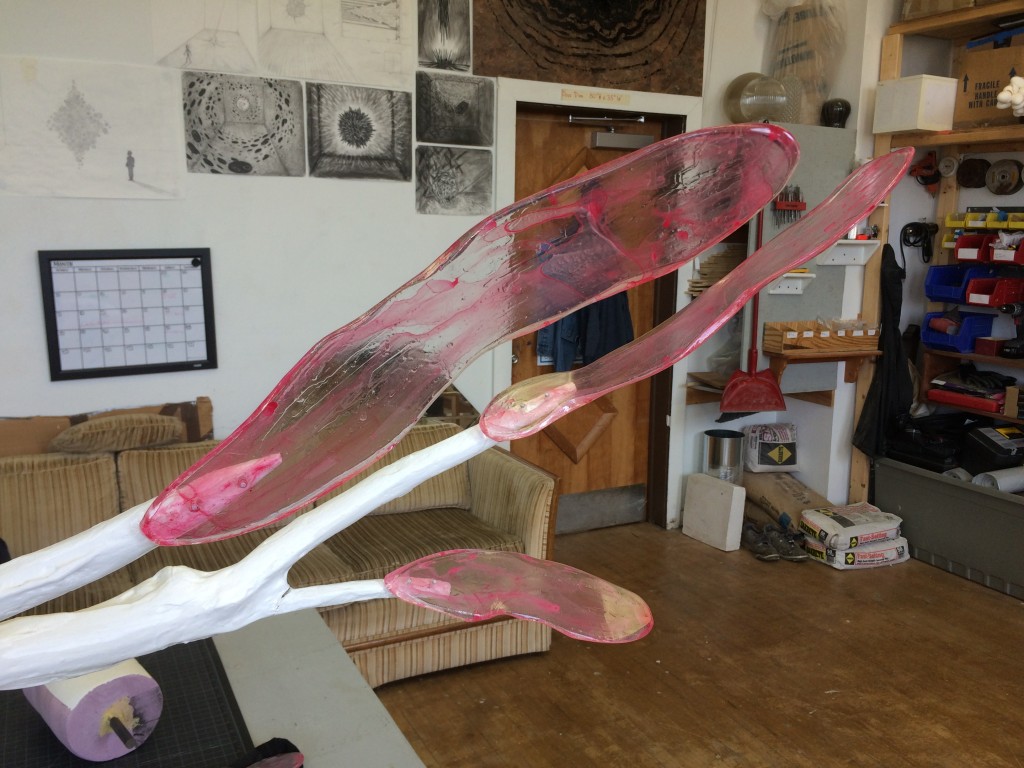 Closeup on the prototype to show the acrylic flower petals

He has designed a suspended sculpture depicting winding cherry tree branches splashing out into the recreation center atrium. The winding motion represents the growing momentum in the Cherry Hill area to invest in the future. At the end of each branch are custom-molded acrylic flower petals he has designed to be responsive to the light streaming in through the glass walls and ceiling of the building, to be both beautiful and meaningful. I think Jonathan’s design will serve as a worthy representation of the citizens of Cherry Hill as they work towards re-claiming their area and the potential it has, and I think it is a great example of not only site-specific, but site-responsive artwork. 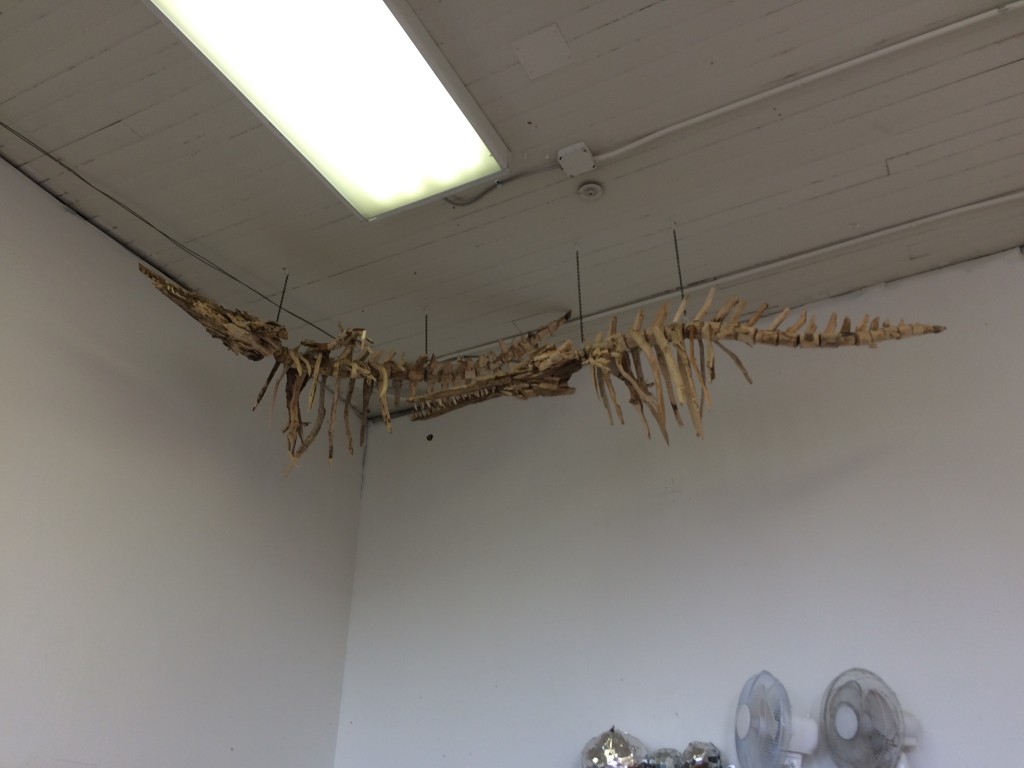 Some pieces from his past installation, “Flight of the Baiji,” 2014, part of the BMA’s 2013 Baker Artist Awards exhibition

Jonathan Latiano is an incredibly interesting and hardworking artist, straddling his own artistic career, teaching at nearby colleges and universities, and now tackling his first public art commission with BOPA. I’m so glad I got to speak to him about his process before approaching his piece in the School 33 Studio Artist Biennial as it gave me a whole new perspective on his work. I’ll have a separate post about the Biennial coming up very soon – so stay tuned! 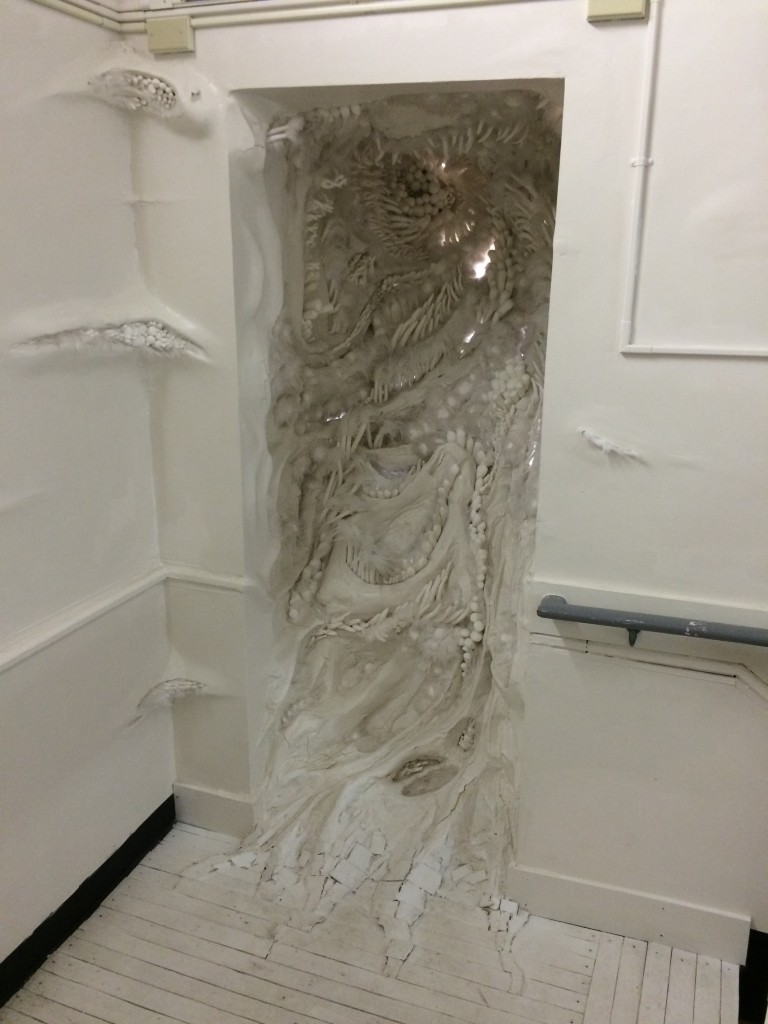 To read more about Jonathan Latiano, see more images of his work, and check in on current news and exhibitions, please visit his homepage at http://www.jonathanlatiano.com/.

To learn more about School 33 Art Center and its current exhibitions, including the Studio Artist Biennial, visit their homepage at http://www.school33.org/.