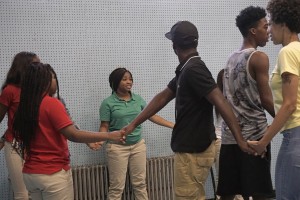 The program, Art @ Work: Sandtown began on Monday June 29th with a bang. With an amazing turn out, orientation began. The youth aged 14-21 years old signed in, were separated into their designated groups, met their fellow peers, and their mentoring artists. No time was wasted; each group immediately began to get to know one another. Spread out between the first two days, every member of all 8 groups participated in exercises and activities that helped them work together to build trust, learn each person’s artistic preferences, and share ideas about what they would like to achieve in these short five weeks as a team and as individuals. Sketching, drawing, and brainstorming together t-shirt designs, logos, and potential subjects of their murals did not stop for the entirety of the first day. 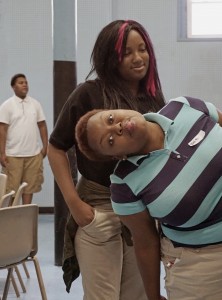 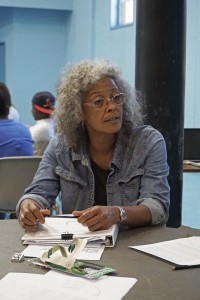 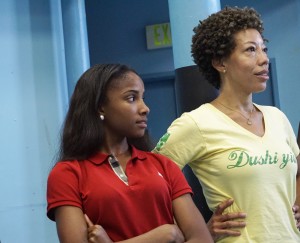 On the second day, June 30th everything picked up right where it was left off from the day before. The youth, their artists, and some members of BOPA and Jubilee Arts began venturing outside and interviewing fellow residents of Sandtown to see what they might like to see represented in the murals to come. Some suggestions from the public given to the groups included depictions of children, lots of color, and the history of Baltimore. The youth also got to see the locations where they would be painting their murals. 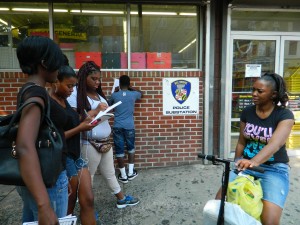 They then were filtered again and participated in workshops about professionalism and leadership. As I only attended the professional workshop, I got to see firsthand how wonderful Anthony Morgan Jr. was with the group that participated in this workshop. The room where the professionalism workshop was held was filled with laughter from beginning to end. It was clear that everyone was learning about what it meant to be a professional, but were having fun doing it. They were given examples of professional introductions, how to interview the public, and how this program will present them with other opportunities in the future. As the first two days came to a close, one thing was certain: Baltimore is on its way to becoming that much more beautiful. 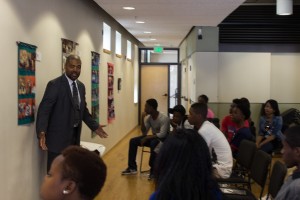 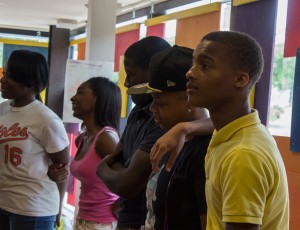