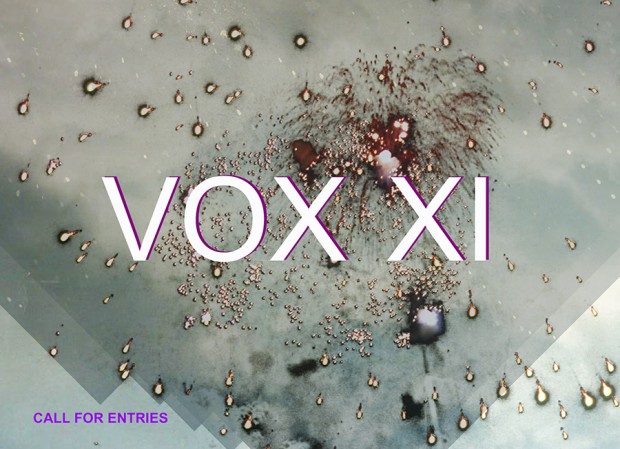 Vox Populi is happy to announce an open call for VOX XI – our eleventh annual juried exhibition of emerging artists, which will take place July 10th – July 31st 2015. The deadline for submissions is Sunday May 03, 2015.

To apply, download a prospectus here and follow the instructions.  The application is on SlideRoom and can be accessed here.

Vox Populi is particularly interested in highlighting work in all media that pushes boundaries in terms of form and content, is ambitious and timely, and is experimental and risk-taking.

This is a great professional opportunity to show in a professional exhibition space and bring your work to a large, new audience.

This year’s jurors are Paddy Johnson and Martine Syms.

Paddy Johnson (NYC) is the founding Editor of Art F City and maintains a column on digital art for Artnet. In addition to her work on the blog, she has been published in magazines such as New York Magazine, The New York Times and The Economist. Paddy lectures widely about art and the Internet at venues including Yale University, Parsons, Rutgers, South by Southwest, and the Whitney Independent Study Program. In 2007 she received a scholarship to attend iCommons conference in Croatia as the art critic. In 2008, she served on the board of the Rockefeller Foundation New Media Fellowships and became the first blogger to earn a Creative Capital Arts Writers grant from the Creative Capital Foundation. Paddy was nominated for best art critic at The Rob Pruitt Art Awards in 2010 and 2013.  In 2014, she was the subject of a VICE profile for her work as an independent art blogger.

Martine Syms (LA) is a conceptual entrepreneur based in Los Angeles who uses publishing, video, and performance to look at the making and reception of meaning in contemporary America. She currently runs DOMINICA, an imprint dedicated to exploring blackness as a topic, reference, marker and audience in visual culture. From 2007–11, Syms directed Golden Age, a project space focused on printed matter. She has presented work at universities and museums internationally.

Applicants may submit up to five works in any media.  Application fee is $35.