Call for Artists: The Pursuit of Happiness (Philadelphia) 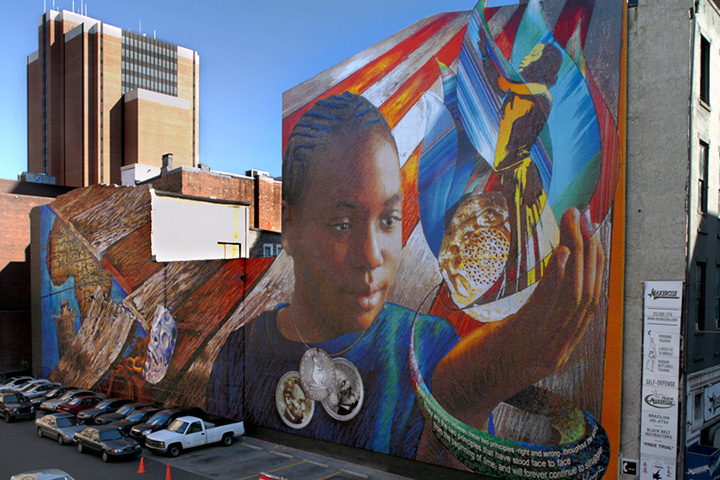 The goal is to inspire dialogue about the modern meanings of our nation, and to stimulate artist-led cross-engagement between National Park visitors and Philadelphia community members who might not otherwise engage with INHP as a local historical resource.

Artists will be asked to develop their ideas around language found in the Declaration of Independence: “We hold these truths to be self-evident: that all men are created equal, that they are endowed by their Creator with certain unalienable rights, that among these are Life, Liberty and the Pursuit of Happiness.” We would like artists to explore what “the pursuit of happiness” means to people in our nation today.

The residency will include public engagement, in part through collaboration with youth in Mural Arts’ Art Education Program, the production of public art, and robust public programs that explore the project’s core theme and specific topics pursued by the artist.

The project is expected to run through October, 2017. Artist selection will take place in early 2017, with the expectation that artists will be under contract by the beginning of February, 2017. Artists will have a five-month research and development period followed by a two-month period for engaging with youth, and the subsequent installation of a public art project. The project would be completed by October, 2017.