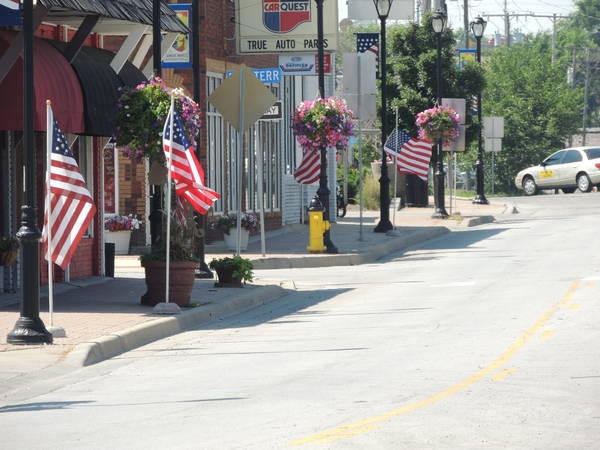 In 2015, the City of Merriam, Kansas, located in northeast Johnson County, is beginning a 5-year placemaking initiative that will enhance public spaces in downtown Merriam and its environs. As the inaugural project in this initiative, the City has dedicated $100,000 to commission an artist or artist team to design, produce and install compelling public art for a small downtown plaza (approximately 925 sq. ft.).

Artists submitting to the RFQ are not being asked to develop a specific model or proposal at this time. Rather, RFQ submissions will be assessed on the quality and nature of the applicant’s past work; experience working on commissions that are placed in open and public areas; and experience collaborating with other professionals such as architects, engineers, fabricators and installation personnel. RFQ submissions will be evaluated by City of Merriam personnel, selected members of Merriam’s Public Art Initiative ad-hoc committee, and art consultant James Martin, who is facilitating all phases of the project.

A limited number of artists will be selected from the RFQ pool of applicants to develop and submit a formal proposal. A stipend of $1,200 will be paid to each artist invited to the proposal stage.

The selection timeline is subject to change, but is envisioned as follows:

For more information, download detailed submission instructions at http://ks-merriam.civicplus.com/bids.aspx. Questions should be directed to art consultant James Martin at merriamksrfq1@gmail.com.