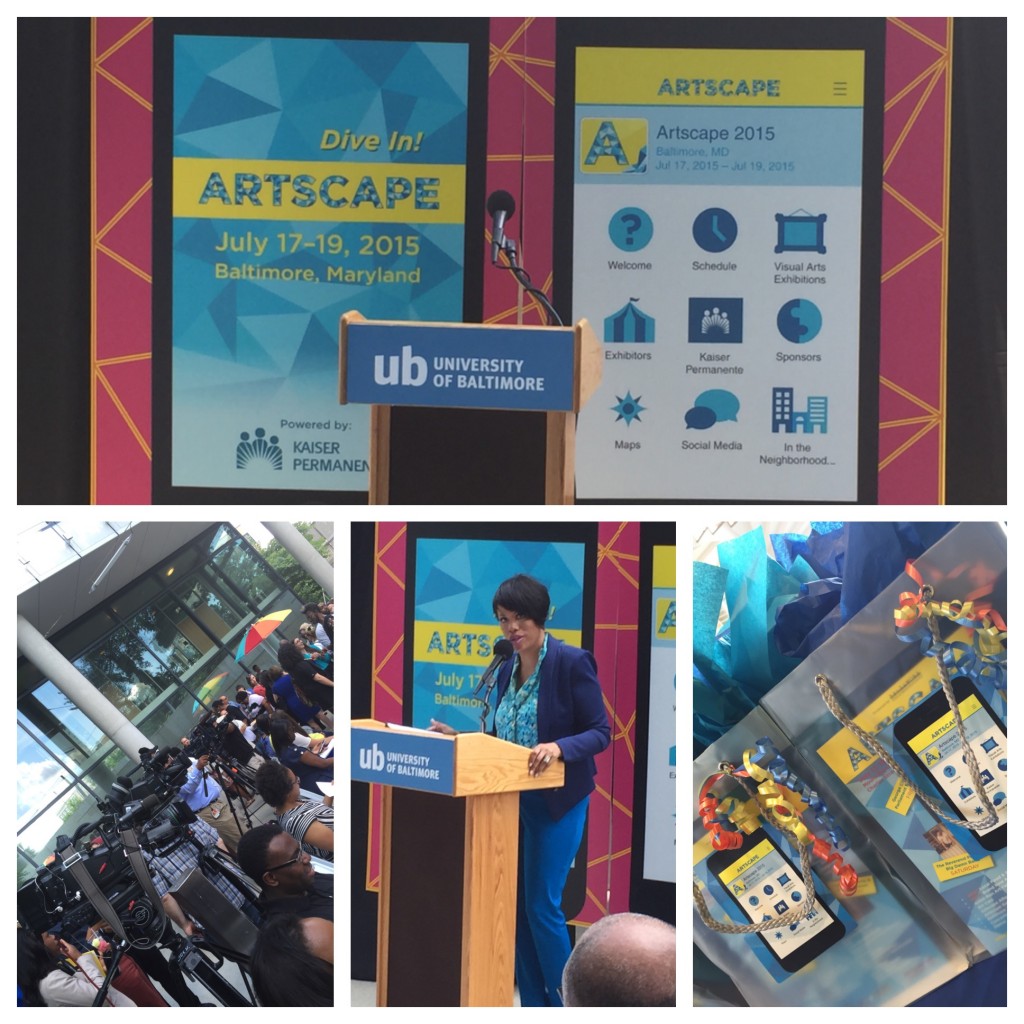 Two main talking points at the press conference were this year’s theme, “Dive In!,” as well as the brand new local food and beverage program. This year’s theme, “Dive In!,” is inspired by water, and it’s importance as both a global resource and a basic necessity of everyday life. It is crucial on the micro-scale, to personal health, as well as on the macro-scale, to the global ecosystem and environment. It is also important to Baltimore, as a location within the Chesapeake Bay Watershed, and also to Baltimore’s character as a maritime center. This theme is manifested throughout the festival’s visual and performing arts programming. For example, Aqualounge, an art installation of a giant water molecule by Morgan State University, and the performance entitled “Brocean City” by Rock Opera 6-Pack, among countless others. This year’s Artscape is overflowing with water-themed artwork and performances throughout the festival grounds! 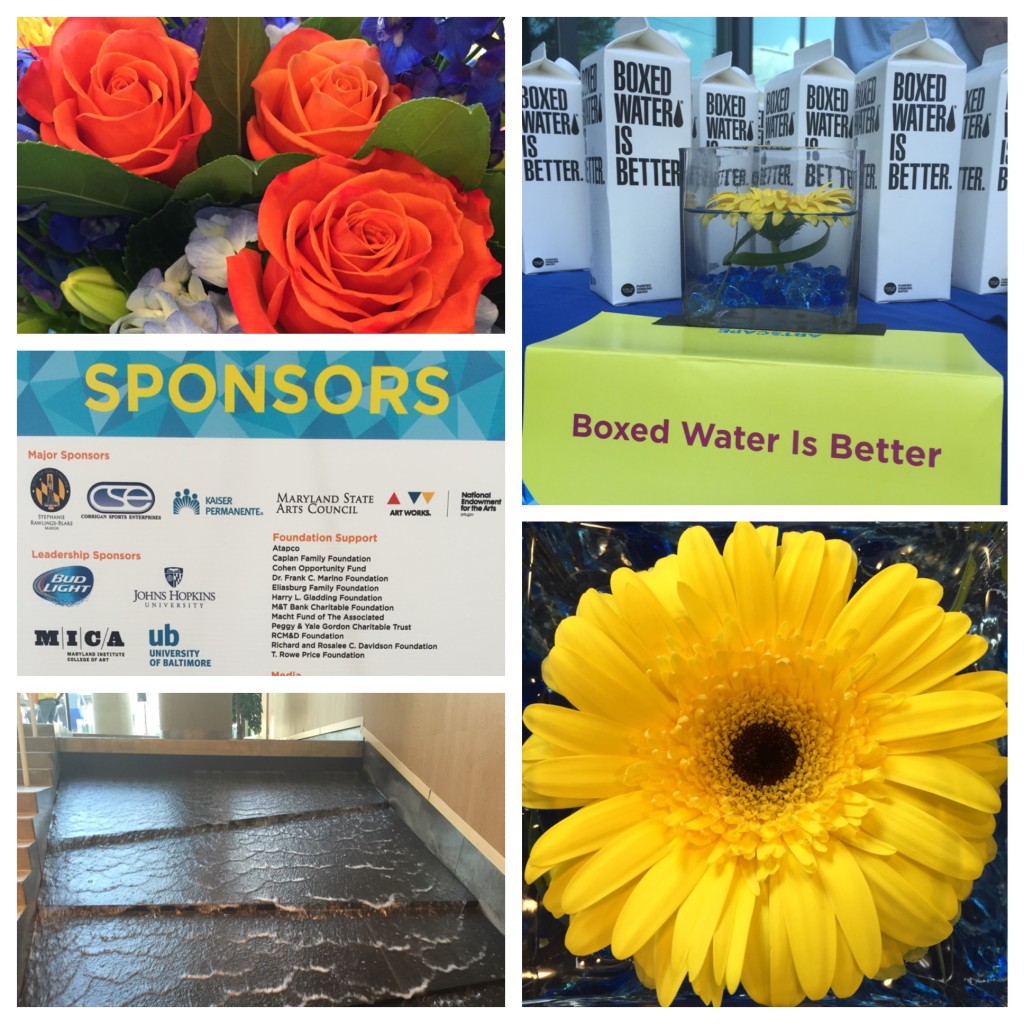 This year, BOPA is also taking a big step in making a commitment to support local food and beverage vendors at Artscape. This year’s food and beverage program spotlights Baltimore’s ever-growing culinary scene, with ninety-five perfect of all vendors hailing from the Baltimore region. This year at Artscape, you will find local favorites, such as Zeke’s Coffee, Jimmy’s Famous Seafood, Otterbein Bakery, and many more.  I personally think that this is an amazing idea, for locals to celebrate the food and drink native to Baltimore that they love, as well as for visitors to get a taste of what the Baltimore culinary scene is all about. Although everyone loves typical carnival foods, I think supporting local businesses is a great addition to this year’s Artscape agenda.

Some featured headliners announced at the Press Conference include George Clinton & Parliament Funkadelic, The Reverend Peyton’s Big Damn Band, Michael Franti & Spearhead, and Trombone Short & Orleans Avenue. There are countless other performers – definitely check out the Artscape website to see the full list! 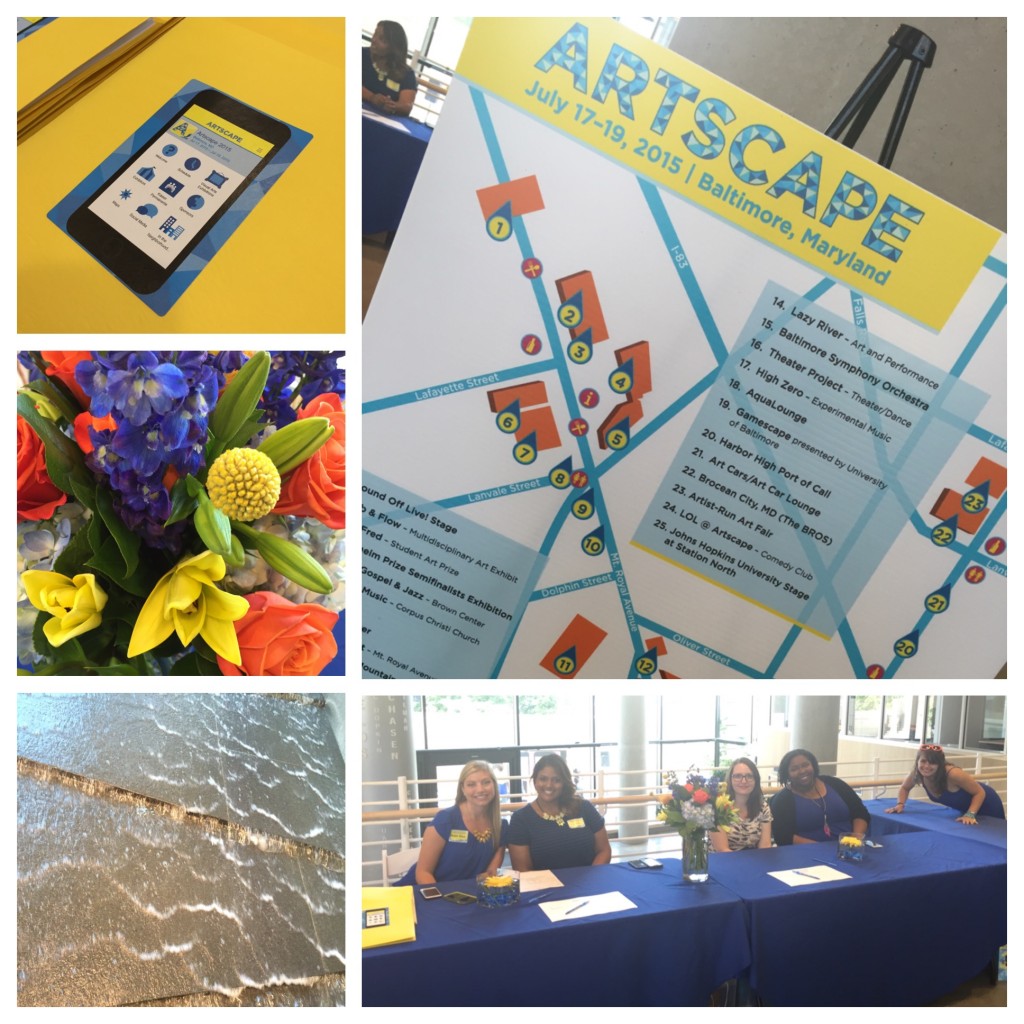 Additionally, a big point of focus during the press conference was the all-new, redesigned Artscape Mobile App, which is powered by Kaiser Permanente and is now available for download on Apple and Android devices. This app will streamline the festival-goers experience by providing up-to-date scheduling information, as well as providing access to all of Artscape’s social media channels. I hear you can tweet directly from the app, to share your thoughts and photos of the excitement! However, I don’t want to get too far into the Artscape App here, because that will be subject of another blog post to come – stay tuned!

For more information about this year’s Artscape festival, including a detailed schedule and list of featured performances, please visit http://artscape.org/.

Special Thanks to Susan Fortkiewicz for the photo collages featured in this post.

Posted in: Around Town, Artscape