Around Town: The Purple Necklace 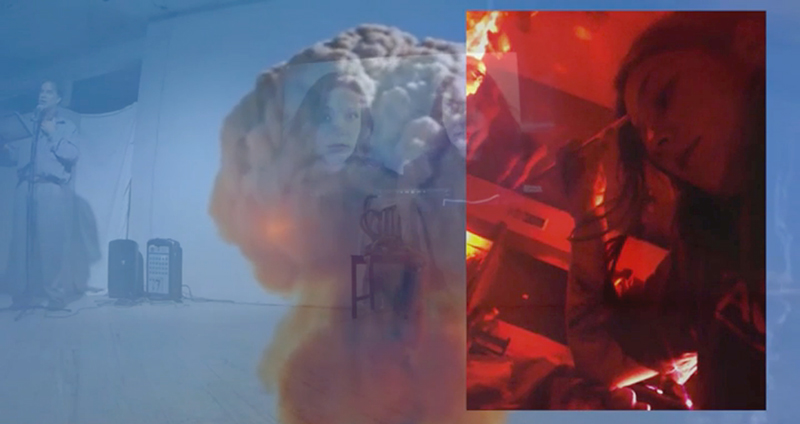 The Purple Necklace is a video and spoken-word performance about suicide, loss and grief by acclaimed Texas based artist Jim Pirtle. Following the performance, New Day Campaign founder & director Peter Bruun will facilitate a community conversation.

The Purple Necklace is an intimate and powerful performance culled from Jim Pirtle’s writing following the death from suicide of his partner Amanda. The artist began to process what had happened by posting his thoughts in real time to social media—these posts were soon followed across the country by a community of friends who gathered to support him. After 40 days Pirtle called an end to his online grieving and began to put together a performance work based on what he had written and experienced.

In the resulting performance, Pirtle confronts suicide and its aftermath through the use of an edited selection of the online posts and other personal ruminations, spoken word, and with enhanced multi-layered video projections. The work is intended to open the door for a broader understanding and conversation on this difficult topic.

Following the hour-long performance of The Purple Necklace will be a discussion led by Peter Bruun, founder and director of Baltimore’s The New Day Campaign, an arts-based campaign to challenge stigma associated with mental illness and addiction, making the world a more healing place.

Jim Pirtle is an acclaimed artist from Houston Texas. He participated in the communities seminal alternative art scene in the nineteen eighties and nineties, coming to prominence along with such friends and current art luminaries as Rick Lowe, Mark Flood, Mel Chin, and Nestor Topchy. Pirtle, who worked in many genres, became best known for a series of wide ranging at times transgressive yet humanist multi-media performance events. In 1995 he bought a historic building in the Houston’s downtown district and opened the coffee shop Notsuoh. Notsuoh is now a well-known center for Houston’s bohemian enclave to gather, discuss, and present work.