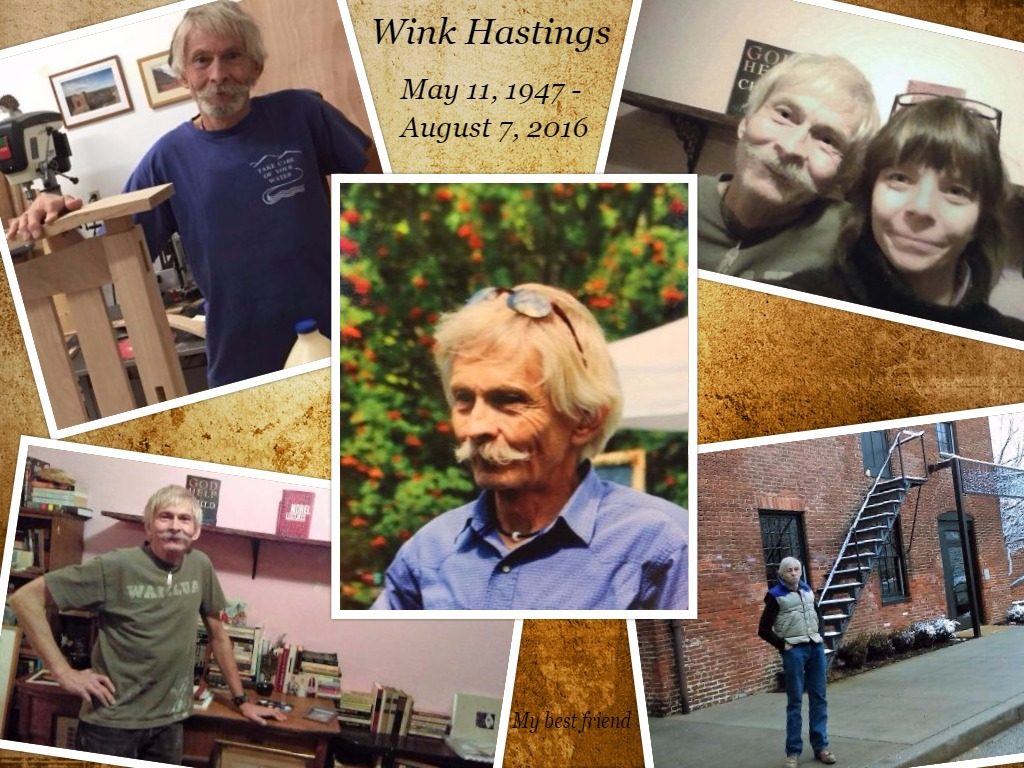 A tribute to Wink will take place all weekend with a celebration of his life and a show of his photography and fantastic woodworking projects. Wink’s first studio was at Load of Fun on North Ave. in Station Arts North – almost before there was a Station Arts North. He traveled in the US extensively for the Park Service, but always returned to Baltimore, with its eccentric, mischievous energy. Wink and Susan Walters worked together on projects for C-Kat Studios. They are both talented woodworkers- creating beautiful Arts and Crafts style furniture and frames, often using reclaimed wood. Wink was also a dedicated photographer, capturing both action shots of CycloCross races and the vast beauty of the land preservation projects he was working on. Please come celebrate Wink and his beloved C-Kat Studios with us.

Ward “Wink” Hastings died entirely too soon at age 69 on August 7, 2016 in Baltimore, MD after battling pneumonia.  Wink has remaining family in New Hampshire, Maine, and Hawaii, a tremendous network of friends in the greater Baltimore area, and colleagues throughout the country.  Born in Massachusetts in 1947, Wink spent his childhood in New England and moved to Utah to attend Utah State University where he earned a Bachelor’s Degree in Landscape Architecture in 1974.  Wink was a true champion for public and private land conservation and had a distinguished 42 years of service with the USDA Forest Service, Bureau of Reclamation and Bureau of Land Management.   In the late 1980’s, Wink joined the National Park Service’s Rivers, Trails and Conservation Assistance Program as a Landscape Architect in Milwaukee, later moving to Atlanta before finally ending up with the Chesapeake Bay Program in Annapolis, Maryland. In Atlanta one of the many projects he worked on was a plan to commemorate route of the 1965 Selma to Montgomery March as a National Historic Trail.

Family, friends, and colleagues will remember Wink as a conservationist, a photographer with an acute eye for the natural world, a talented woodworker, an extreme skier, rock climber, cyclist, hiker, kayaker, and competitive amateur triathlete.  He was physically tough as nails, gentle in soul and heart, and in tune with popular culture. Wink was a gentle and kind friend with a wry sense of humor, the best storyteller, a life enthusiast, and an impeccable gift giver.  In recent years, Wink was a regular volunteer teaching meditation at the Maryland Women’s Prison in Baltimore and studied at Wonderwell Mountain Refuge, a meditation and retreat center in the Buddhist tradition in New Hampshire. He enjoyed building and designing beautiful frames and furniture at C-Kat Studios in Woodberry, named after his constant cat companion Cinnamon.

American Chestnut trees will be planted by friends and family in his honor.

Wink was well loved and will be sorely missed. 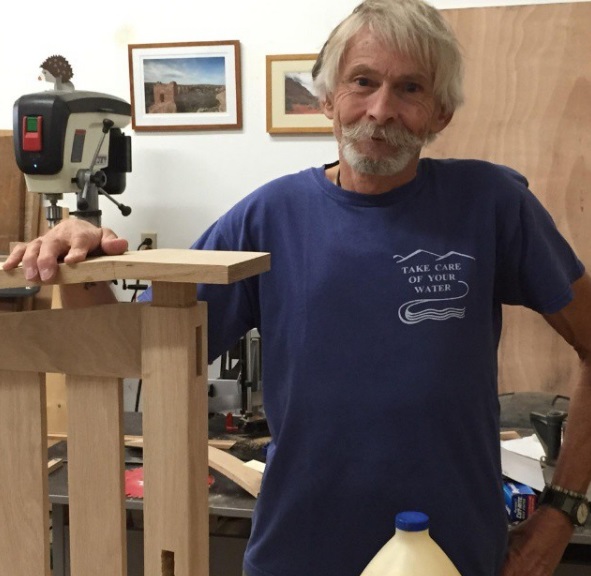 Please join C-Kat Studios in Parkdale Building 1 in this tribute to their studio mate, Wink Hastings, on Saturday & Sunday, 10am-6pm. They are located at 3500 Parkdale Avenue in Suite Q.