You are browsing the site archives by month.
21Feb 2014

Call for Artists: The Empathy Project

Paul Rucker, the Robert W. Deutsch Foundation Research Fellow and Artist in Residence, invites MICA students, faculty, staff, and neighbors to participate in The Empathy Project, an interactive exhibition, and a series of conversations and performances from February 21 – March 16, 2014, in the Sheila & Richard Riggs and Leidy galleries in MICA’s Graduate Studio Center (131 W. North Ave.). We intend for these events to continue intercultural conversations in the community about diversity, difference, and global perspectives. 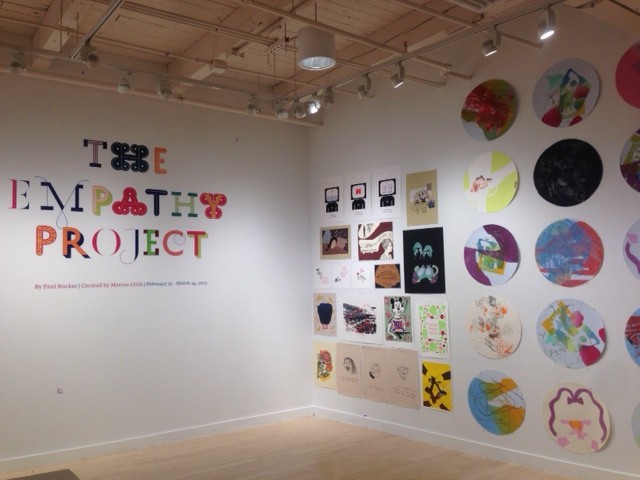 Paul Rucker explains some of his thinking related to this project: “It’s vital for artists to step outside their comfort zones. Not just with new mediums, but also with new approaches and ways of thinking. One of the many challenges in life is to try and make sense or understand the ‘why?’ of everyday observations. We no doubt spend most of our time looking at things from our own perspective—things not only in the news, but also in the classroom, as well as walking home… Even when we see that someone else has a problem, we think about how we would solve the problem, often without taking into account possible disparities in resources or options. This project is not about solving another’s problem, or feeling sorry for someone. It’s about understanding, walking in their shoes, without judgment, or the expectation of a clean resolution.”

Paul invites you to contribute your writing or artwork to The Empathy Project. You can submit anonymously. Stories and artwork will be shared. Full schedule of programming including moderated and community discussions—coming soon. 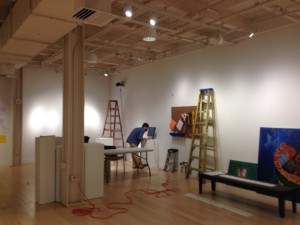 WRITING:
Everyone: Write 500 words or less about your earliest experiences with empathy.

ARTWORK:
Artists: Write 500 words or less about your earliest experiences with empathy and create something using only discarded or failed art pieces that have been set aside. No one is allowed to buy any new art material, but they can and are encouraged to exchange failed or incomplete art pieces with classmates or neighbors. Any medium, any format—including digital, photos, movies, drawings, sculpture, etc. See MICA’s policy on performance, installation, and sound art in public spaces.
http://www.mica.edu/About_MICA/Policies_and_Handbooks/Institutional_Policies/Policy_on_Performance_Installation_and_Sound_Art_in_Public_Spaces.html

This exhibition will evolve over time. You can submit text and artwork in advance or bring work to the exhibition during the exhibition. Everyone who contributes artwork should also write about their earliest experiences with empathy and include this writing with their submission.

Watch “The Power of Empathy”

Please send text and images to empathyproject@mica.edu. Or, submit artwork in person to Marcus Civin in Curatorial Practice, Room 110, Graduate Studio Center. Artwork will be available for pick-up at the end of the exhibition.

The Empathy Project is supported by Center for Race and Culture, the site of the residency, MFA in Curatorial Practice, MFA in Community Arts, offices of Diversity, Graduate Studies, and International Affairs.

Visit creative-capital.org/apply to learn more about the application process, read the award guidelines and access the online Inquiry Form. You can also watch a video with application tips from Ruby Lerner and Lisa Dent on the Creative Capital blog,The Lab.

Registration is now open for the first Arts Leadership Digital Classroom: Arts Leaders as Community Leaders. This four-part digital classroom series will cover in-depth the steps required to successfully lead your community. We will discuss analyzing the environment, building relationships and partnerships, community planning, developing mutually beneficial objectives, and leading communities and plans. You will build skills in community analysis, networking, case-making, project planning and management, and leadership and come away with the skills and knowledge you need to be a strong community leader. Registration closes on March 3.

For 2014, 38 individual artists and one artist duo have been selected as semifinalists. Congratulations, and good luck with the next round!

Claire Gilman is currently the curator at The Drawing Center in New York where she has organized several exhibitions, including: Drawing Time, Reading Time (2013), Dickinson/Walser: Pencil Sketches (2013), Giosetta Fioroni: L’Argento (2013), Alexandre Singh: The Pledge (2013), Ishmael Randall Weeks: Cuts, Burns, Punctures (2013), José Antonio Suarez Londoño: The Yearbooks (2012) and Drawn from Photography (2011). Years prior to her tenure at The Drawing Center, Gilman was the Janice H. Levin Curatorial Fellow at the Museum of Modern Art in New York, where she worked on exhibitions such as Edvard Munch: The Modern Life of the Soul and Greater New York 2005. Gilman has taught art history and critical theory at Columbia University; The Center for Curatorial Studies, Bard College; The Corcoran College for Art and Design and the Museum of Modern Art. She has written for Art Journal, CAA Reviews, Documents, Frieze and October and has authored numerous essays for art books and museum exhibitions. She received her PhD in Art History from Columbia University in 2006.

Sarah Oppenheimer is a New York based artist whose art installations commonly pierce the architecture of the institutions hosting her work, creating experimental places that challenge a viewer’s perception of the exhibition space. Her first permanent commission, W-120301, was included in the 2012 renovation of the Contemporary Wing at the Baltimore Museum of Art. Oppenheimer has exhibited extensively both nationally and internationally, including solo exhibitions at The Drawing Center, New York (2002); Youkobo Art Space, Toyko, Japan (2004); the Saint Louis Art Museum, St. Louis, Missouri (2008); Art Basel, Basel, Switzerland (2009); Annely Juda Fine Arts, London, England (2009) and an upcoming exhibition, among several, at Mass MoCA, North Adams, MA (2017). She has been featured in many group exhibitions as well, including Odd Lots, White Columns and the Queens Museum of Art, New York (2005); Inner and Outer Space, The Mattress Factory, Pittsburgh, PA (2008); Automatic Cites, Museum of Contemporary Art San Diego, San Diego, CA (2009); Factory Direct, The Warhol Museum, Pittsburgh, PA (2012) and the forthcoming Site Santa Fe, Santa Fe, NM (2015). Her work has been reviewed dozens of times, including several articles in The New York Times, Artforum, Art in America and the Wall Street Journal. She was awarded a Joan Mitchell Foundation Painters and Sculptuors Grant in 2011, a Louis Comfort Tiffany Foundation Award in 2009 and a John Simon Guggenheim Memorial Foundation Fellowship in 2007. She received her MFA from Yale University in 1999, where she is now a visiting critic.

Janet & Walter Sondheim Artscape Prize
The Artscape prize is named in honor of Janet and Walter Sondheim who have been instrumental in creating the Baltimore City that exists today. Walter Sondheim, Jr. had been one of Baltimore’s most important civic leaders for over 50 years. His accomplishments included oversight of the desegregation of the Baltimore City Public Schools in 1954 when he was president of the Board of School Commissioners of Baltimore City. Later, he was deeply involved in the development of Charles Center and the Inner Harbor. He continued to be active in civic and educational activities in the city and state and served as the senior advisor to the Greater Baltimore Committee until his death in February 2007.

What: Bolton Street Synagogue joins forces with The Stoop Storytelling Series to present “It’s Complicated: Stories about the Joys and Oys of Contemporary Jewish Life.” Seven speakers will tell five-minute stories everything from a Jewish exorcism to a blind date with one of the most infamous figures of the 20th century. The proceeds from the event, which also features a silent auction, Ravens’ ticket raffle, food, drink, and live music, will benefit Bolton Street Synagogue’s educational programs. 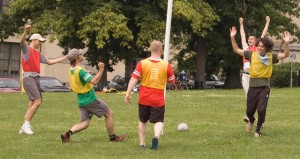 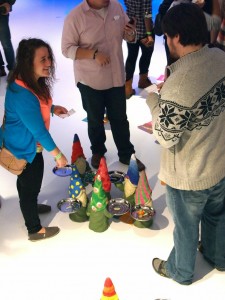 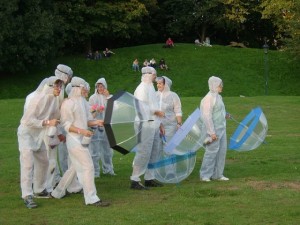 In conjunction with the 2014 SPE National Conference theme “Collaborative Exchanges: Photography in Dialogue”, The Special Collections Department of the Albin O. Kuhn Library & Gallery and the Department of Visual Arts, at UMBC have offered the images of the Hughes Company Glass Negatives Collection for reinterpretation and reinvention. 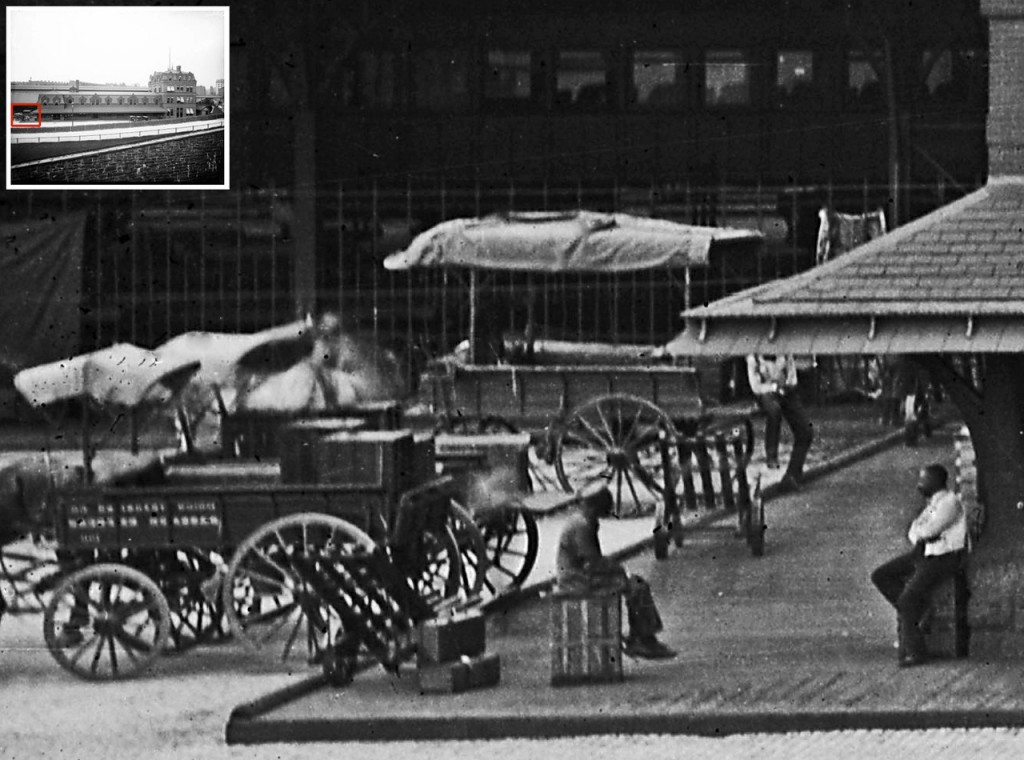 Information about how to participate here: Hughes Remix